We are famous for our Red Kite feeding and 100s of red kites descend on the centre every day. We warmly invite you to enjoy this breathtaking experience which takes place daily. We have hides close to the action, and specialist photographic hides for those with larger lenses. We are a 200 acre family-run working farm, set in the heart of Mid Wales, overlooking both the Wye and Elan valleys.
Everyone is welcome. We cater for families, specialist photographers, film-makers, schools trips and coaches. 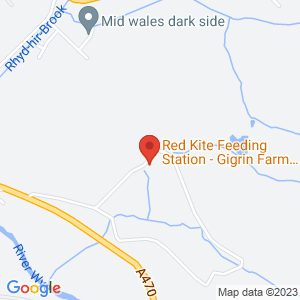 Wild Red Kites are fed at Gigrin Farm every day of the year. With breathtaking feats of aerial piracy red kites compete with buzzards and ravens for choice pickings. Feeding takes place at 2pm (last weekend in October onwards)

Feeding will be at 3pm ( from the last weekend in March.

Well, no-one tells the kites that the clocks change twice a year!

The crows are first to turn up in trees around the feeding area and make it quite a noisy affair with the calls of jackdaws and carrion crows and the deep ‘cronking’ of ravens. Buzzards and red kites circle overhead; buzzards are far more vocal than kites, their powerful ‘mewing’ carrying a long way. As soon as the meat has been put out the crow family start emerging from the surrounding trees. As the first crows land amongst the meat the kites go on the offensive. Kites watch and wait their chance to furl their wings and dive in, skimming the ground to snatch a scrap before rising suddenly to escape the beaks of the angry crows.

Our aim is to show off the best of the area and enable visitors to discover more for themselves, to make them want to come again

Cambrian Safaris provides tours into the Cambrian Mountains in a Land Rover Discovery.

To the west of Rhayader is the Elan Valley Estate, owned by Welsh Water and managed by the Elan Valley Trust, the series of reservoirs set in the outstanding scenery of the Elan and Claerwen Valleys have created a home for wildlife and a place to inspire us all. 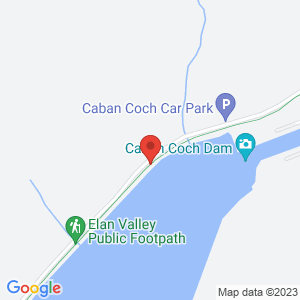 Walking: With 72 sqaure miles of Elan Valley Estate, walking routes in this our part of the Cambrian Mountains is spectacular. See a selection of the Elan Valley walks here.

History: In the 19th century, at the time of the Industrial Revolution Joseph Chamberlain, then leader of Birmingham City Council, set about finding a clean water supply for the City.

The Elan and Claerwen Valleys had been identified by the engineer James Mansergh as having the best potential for water storage - with
• An average annual rainfall of 72 inches (1830mm).
• Narrow downstream valleys which made building the dams easier.
• Impermeable bedrock preventing the water seeping away.
• Altitude - the area is mostly higher than Birmingham enabling the water to be transported by gravity alone, without the need to be pumped.

An Act of Parliament was passed for the compulsory purchase of the area and in 1893 the building work began. Over 100 occupants of the Elan Valley had to move, only landowners received compensation payments. Many buildings were demolished, among them 2 manor houses, 18 farms, a school and a church (which was replaced by the corporation as the Nantgwyllt Church).

A railway line was constructed to transport the workers and thousands of tonnes of building material each day and a village of wooden huts was purpose built to house many of the workers on the site of the present Elan Village.
The Elan Valley Dams were officially opened by King Edward VII and Queen Alexandra on 21st July 1904, and the later built Claerwen Dam was opened by Queen Elizabeth II in 1952.

Present Day: The dams and reservoirs of the Elan Estate are situated within an area of outstanding scenic beauty. They provide a lasting amenity in their own right for visitors to enjoy. The protection of the water catchment area to prevent pollution of the reservoirs has safeguarded the habitats of numerous species of flora and fauna and now the 70 square miles of moorland, bog, woodland, river and reservoir are of national importance for their diversity of lower plants (ferns, mosses, lichens and liverworts) and the Estate is the most important area for land birds in Wales.

Following in the footsteps of Owain Glyndwr, this trail comes within a few miles of Rhayader.

This 132 mile (213km) National Trail is set in the heart of Mid Wales’ breathtaking countryside, and is dedicated to the 15th century Welsh Warrior and self proclaimed Prince of Wales, Owain Glyndwr. The trail starts in Knighton, on the English border where it links with the Offa’s Dyke Path. Running in a giant horse-shoe, it passes through the market towns of mid Wales on route to Machynlleth, and back again across Wales to Welshpool, close to the border with England.

St Harmon, to the north of Rhayader, with its Church of St. Garmon, was for a short time served by the famous diarist, Reverend Francis Kilvert (1840-1879) whose writing about the ordinary people and the way they lived is recognized as a minor classic. The parish of St Harmon contains numerous ancient remains including tumuli and long barrows, the graves of Neolithic people, and the bronze age ridgeway, a road that ran from the Kerry Hills to Carmarthenshire.

St Harmon have their own football team playing from 'The Bryn', ask the locals when their next home game is if you'd like to watch. 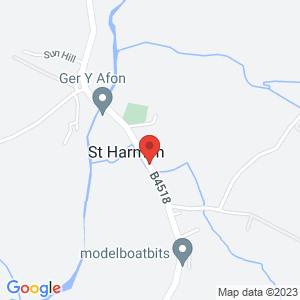